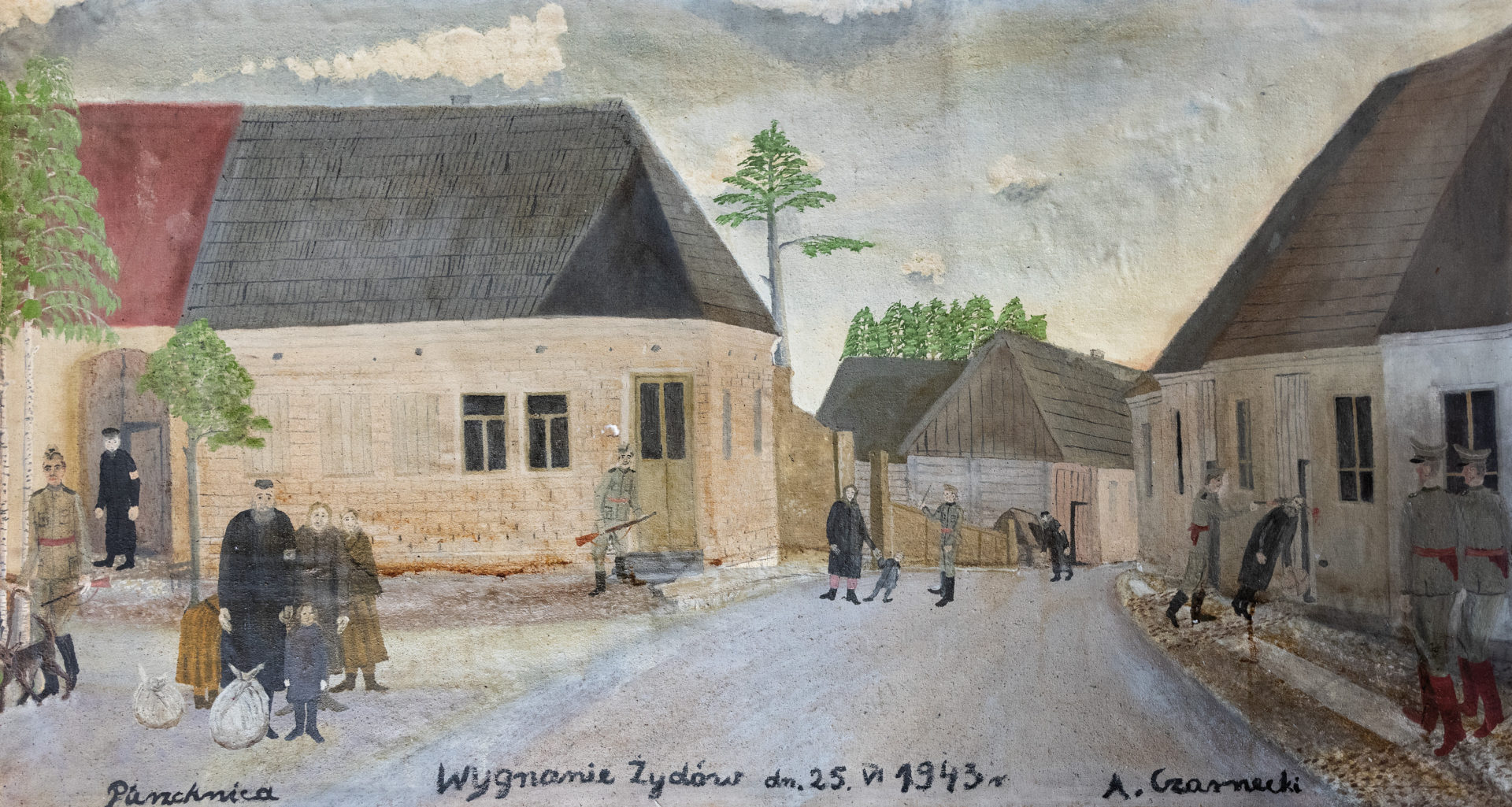 Adam Czarnecki born in 1918, he grew up in Gumienice near Pierzchnica (Kielce region). He ran a small farm inherited from his parents, and made extra money selling his sculptures and paintings. He spent the war near his home village, where he witnessed the persecution, deportation, and extermination of Pierzchnica’s Jews, and was forced to dig mass graves for victims of the executions. According to his family, he was a partisan, a member of the Holy Cross Mountains Brigade (a unit of the National Armed Forces, one of Poland’s radical right wing underground military organizations during World War II) led by lieutenant Stanisław Grabda “Bem.” This unit disobeyed orders to merge with the Home Army (the official national underground resistance) in 1944, and at the end of the war its members collaborated with Nazi German troops. Czarnecki left the unit in 1944, after his father died. He returned to his farm to help his family. After the war, he was in danger of arrest by the Department of Security (UB). He died in 1988.

Jews Get to Work
Camp