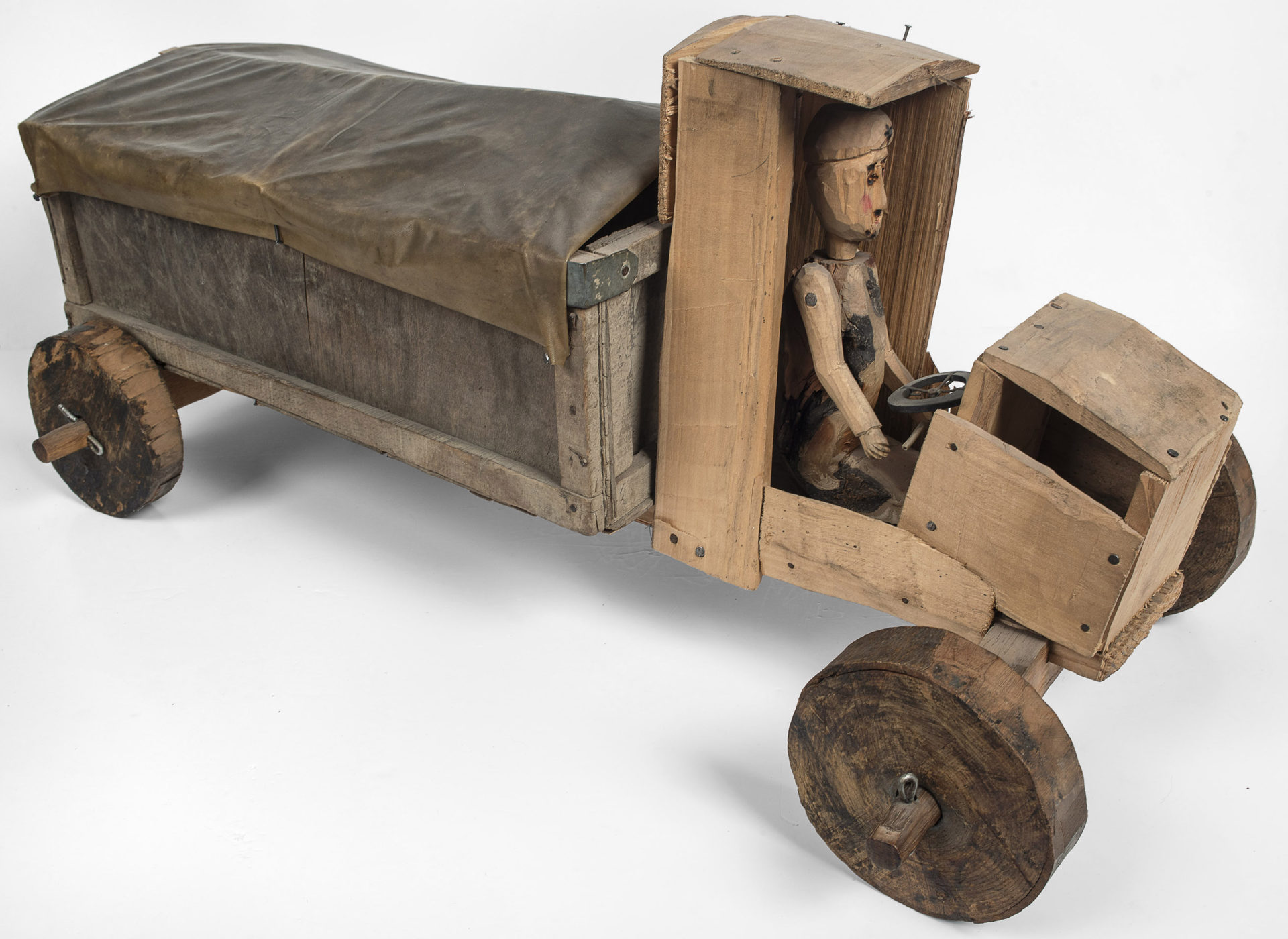 Franciszek Wacek born in 1899. According to family members, during the war in both the Polish army and partisan units he was forced on three occasions to “lie among corpses.” He also saved Jews. After the war he told stories to local children, illustrating them with the toys he made. He died in 1969. Local Jews were forced into the ghetto in Brzozów, gassed in Bełżec, or murdered in the forest near Brzozów-Zdroj. A memorial plaque notes that the Jews were transported to the site of their execution “in covered trucks.”

Untitled
“The Final Path” in the Lives of These People. “Jews” – Oświęcim – Hełm