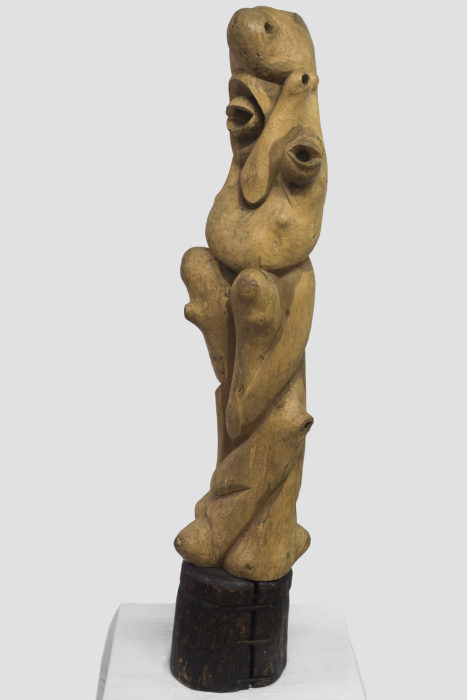 Jan Staszak born in 1937. During the war he lived in Kutno, where the Nazis established a Jewish ghetto and transit camp that functioned from 1940–1942. While performing postwar military service in Oświęcim, Staszak met his future wife, Irena Mazgaj, a former slave laborer in Monowitz sub-camp. They moved to Harmęże, three kilometers from Oświęcim (Auschwitz), next to Brzezinka (Birkenau). Staszak died in 1997.

Staszak’s works were shown in the traveling solo exhibition Naive Sculpture from Poland in West Germany in 1984, which was hosted by a number of church communities. According to the German press, the exhibition was attended by tens of thousands of visitors. In the 1990s the artist issued a series of postcards with his works set up on the grounds of the Auschwitz and Birkenau camps.