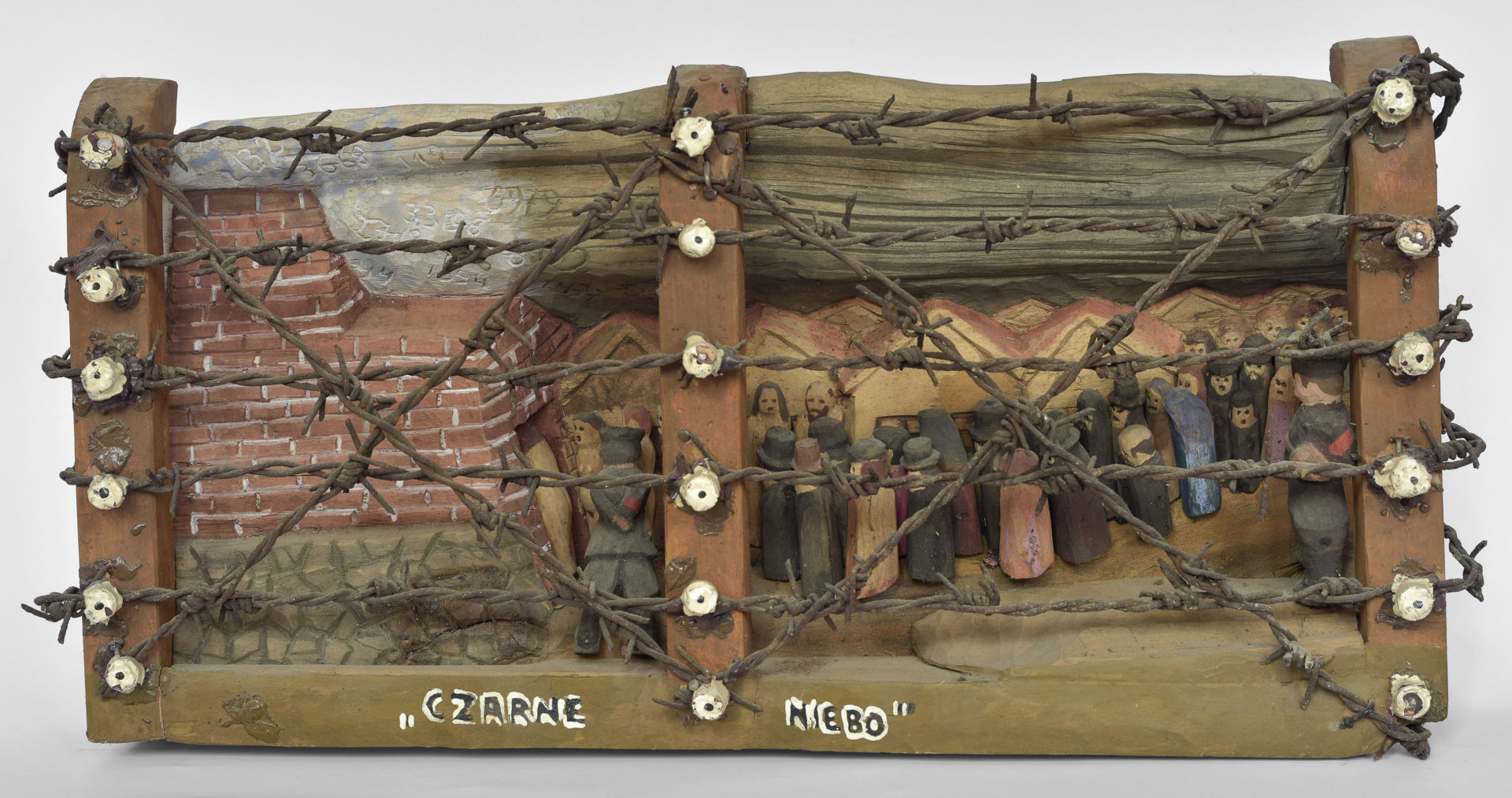 Jarosław Furgała born and raised in Lubaczów (Podkarpacie region), he moved to Warsaw after primary school. During WWII he fought as a civilian to defend Warsaw, and then returned to Lubaczów, which fell under the Soviet sphere of influence. In 1940, he was conscripted into the Red Army and sent to Voroshilov (Ussuriysk) near Vladivostok. He fought outside Leningrad and was wounded and captured by the Germans. He spent a month at a hospital in Pskov, and was then held at a POW camp in Glubokoye near Baranavichy. In 1943 he was sent to Estonia as a forced laborer, and from 1944 to the end of the war he was held at the Mülberg camp. While imprisoned he began sculpting figurines of the Virgin Mary with a rosary, as well as small toys, which he would exchange for food.

Black Sky was submitted for and won the Honourable Mention in the competition Against War (Majdanek State Museum, Lublin 1986). 326 works by 190 artists were submitted, and 149 were selected for the exhibition. Today, 98 works remain in the art collection of the State Museum at Majdanek; three of them depict Jews. The exhibition opened on May 9th, 1986. The jury awarded six prizes and nine honourable mentions. From 1985 to 2015 the State Museum at Majdanek organised the international art triennial Against War. Since 1962 the museum has also organized regular exhibitions of Polish artists under that same title. The collection currently comprises about 6,500 artworks.