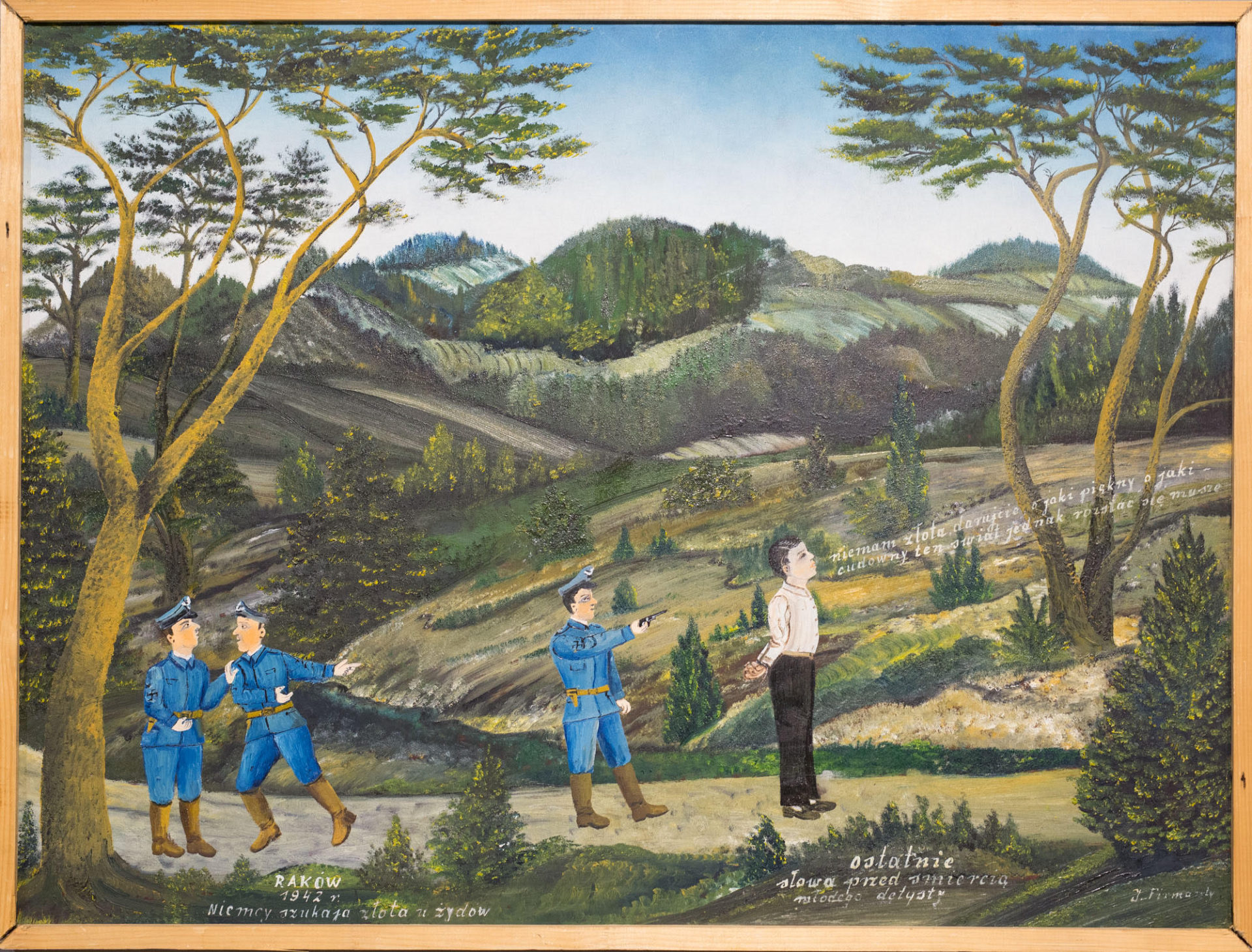 Death of the Dentist

Text on the painting:
Right bottom: “Last words of the young dentist before [his] death”
From the dentist’s mouth: “I have no gold, have mercy, oh how beautiful, how wonderful is this world, yet leave it I must.”
Left bottom: “Germans search Jews for gold”

Józef Firmanty born in 1913. Took part in the fight against the WWII German invasion of Poland. During the surrender he miraculously escaped being killed by the Germans. After returning to his native village of Korytnica, he joined the Peasant Battalions and trained partisan fighters. Korytnica was completely destroyed during the fighting in 1944–45. Firmanty died in 1995.

“The war changed the way things were
Jewish traders were wiped away
Hitler murdered them all,
Poland’s no longer their home.”

In Raków, during the occupation, an informal ghetto was created for several thousand local Jews. In the summer of 1942 the younger ones were sent to work in the HASAG ammunition factory in Skarżysko-Kamienna, while the rest were deported in November 1942 to the Treblinka extermination camp. Over the next few weeks, the Jews in hiding were hunted down and shot. Raków is approximately 7 km from Korytnica.

Jewish Man and Woman
Jewish Woman during the Occupation