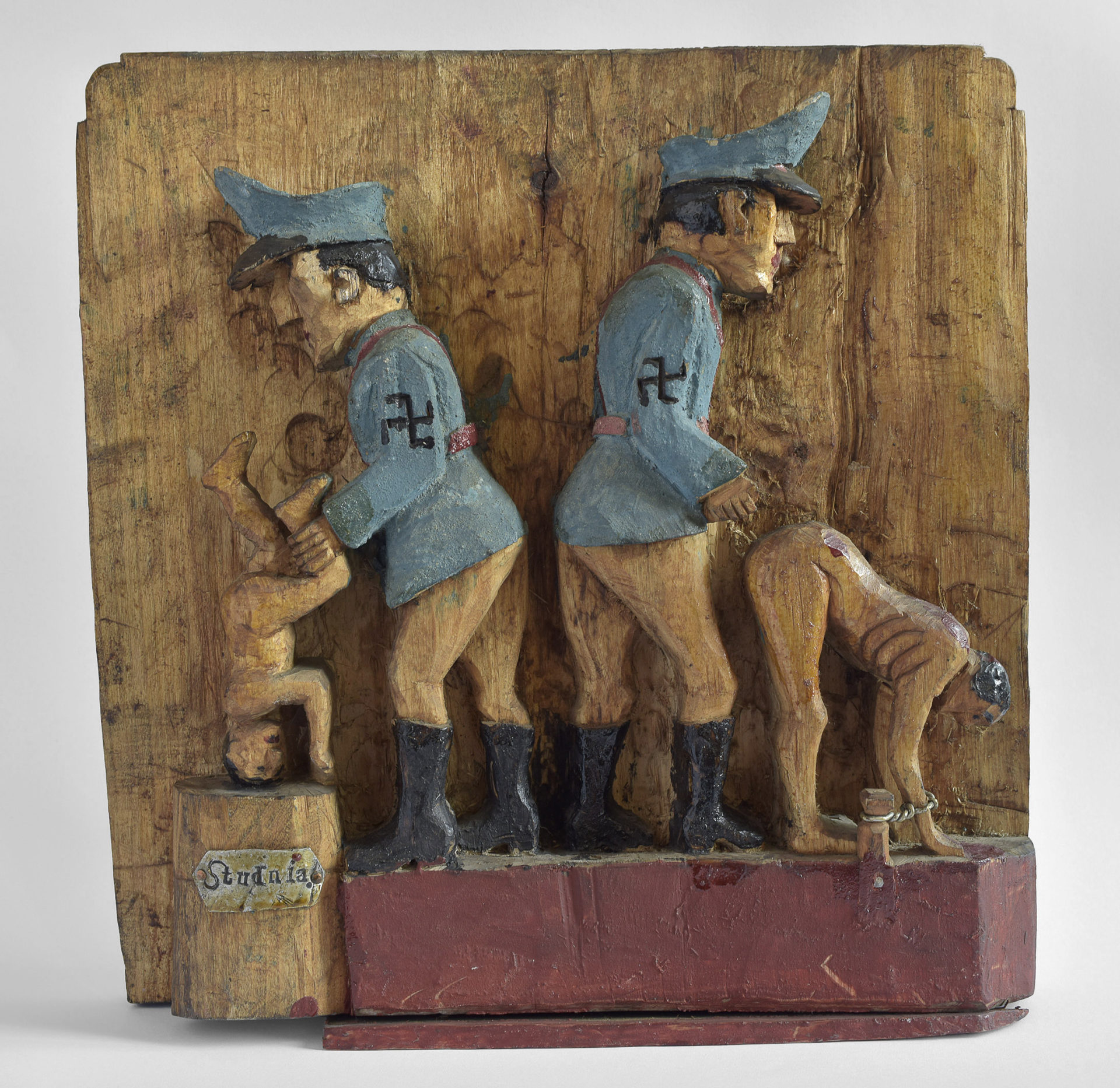 This bas relief suggests the brutality of a world turned upside down. It shows the chaos of war, in which human degradation is expressed in scenes of rape and the drowning of a child in a well. Could this be the artist’s own experience? Or something he was witness to?

Violence, embodied in the struggle between figures representing good and evil, was a recurring theme in the artwork of Władysław Chajec (1904–1985). The artist experienced the misery of both World Wars in his ancestral village of Kamienica Górna near Brzostek Jasielski. He was born in the USA, and as a seven year old returned to Poland with his brother and parents.

Władysław Chajec won recognition after Jadwiga and Anatoliusz Czerepiński, collectors from Lublin, first described his work in an article in the journal Polish Folk Art in 1961. He was very selective in his sales (as recalled by Kraków collector Leszek Macak), and among his customers were Rzeszów ethnographer Franciszek Kotula, German journalist Ludwig Zimmerer, and actor Wojciech Siemion, who took Chajec by car to Kraków, Częstochowa, and Auschwitz (in 1966 Polish Television broadcast a report about Chajec, Kotula, and Siemion). Under the influence of his subsequent reading and discussions he began to produce works on the subject of war, but the point of departure was his own personal experience. At Kotula’s request he recounted his wartime experiences, although the resulting notebook was lost. The ballad Poem: The Front of Our Lands has been preserved.

Black Sky
Jews Get to Work