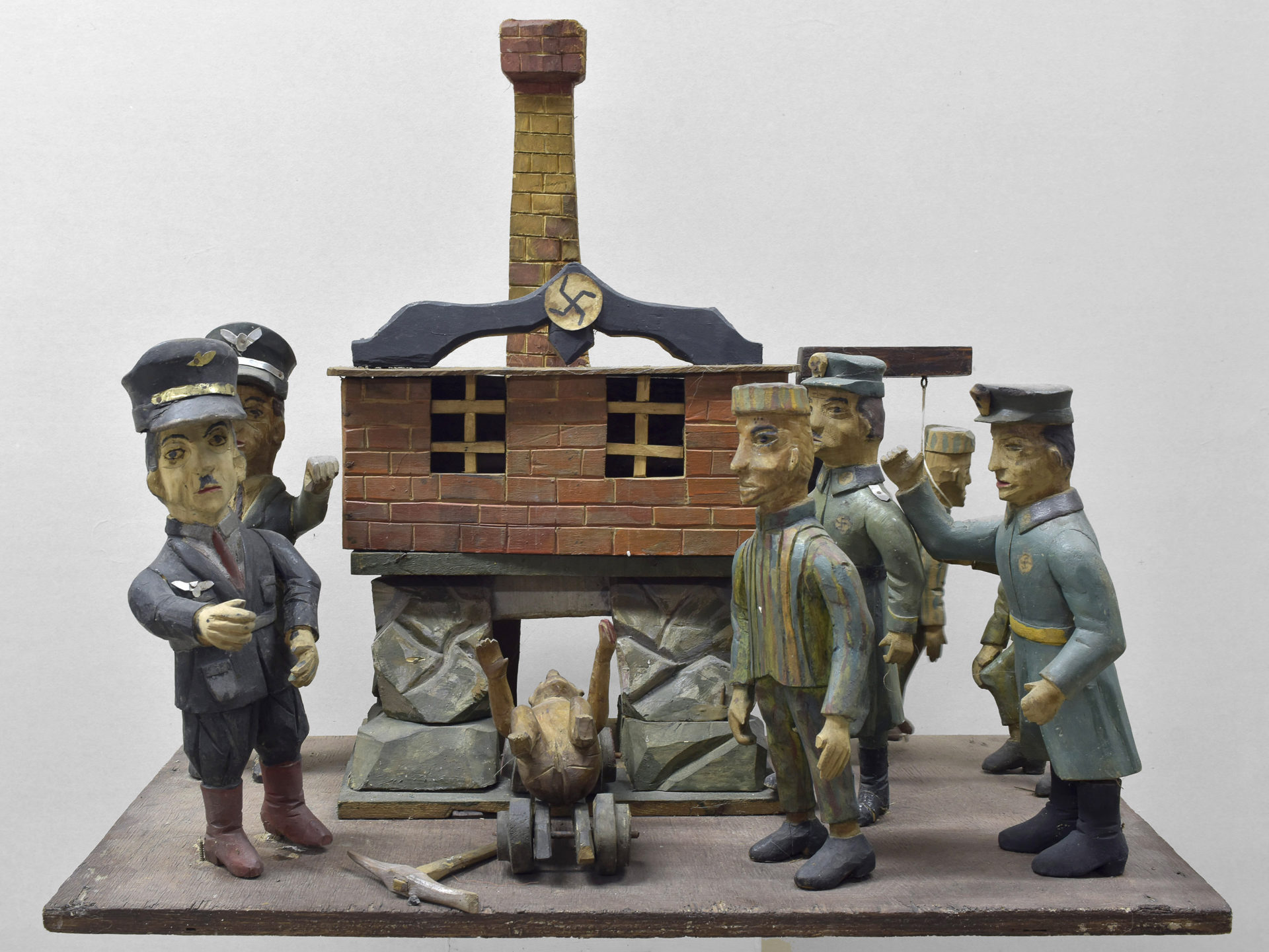 collection of Ludwig Zimmerer, under the care of Marian Pokropek, Folk Art Museum in Otrębusy

Jan Wojtarowicz born in 1895 to a family of landless peasants in Korzenna, the artist had an eventful life. He fought in WWI with the Austrian army, was captured by the Russians, and when the October Revolution began, he joined the Bolsheviks. On his return to Poland after the country regained independence, he opened a shoemaking shop. An active member of the Peasant Party, he was imprisoned for organizing strikes. During the Nazi occupation he joined the partisan Peasant Battalions, and after the war he was the first president of the Peasant Party in Nowy Sącz and a leader in local government. Wojtarowicz took up sculpting late, at the age of sixty five, as a pensioner. As he was never imprisoned in a concentration camp, his anti German sculpture Deutsche Fabriken [German Factories] (circa 1970) was necessarily a work of imagination. One can see in it resonances of anti German materials circulating in Communist Poland (war films, satirical cartoons, photo albums and postcards depicting Nazi crimes, which were distributed in the thousands). In Deutsche Fabriken, we observe how such documentary influences mingle with motifs from Christmas nativity scenes, a popular form in Polish naïve art.