We documented all of the works we found. Among the 400 works photographed, about 60 contain direct references to the Holocaust. These include representations of historical events as well as commentaries on them, neither always clear or self-evident. The exhibit’s sculptures includes Władysław Chajec’s „Nazis” (1967), Adam Zegadło’s „Shared Fate” (1969), Wacław Czerwiński’s „The Last Embrace” (1983), Zygmunt Skrętowicz’s „Auschwitz” series (1963), Jan Staszak’s “Gas” (1969), Jan Wojtarowicz’s “German Factories” (ca. 1970), as well as Adam Czarnecki’s paintings “Banishment of the Jews from Pierzchnica” (1959) and “Jews to Work” (1965-67).

This exhibition is the result of a research project. Its initial impetus was a survey ofethnographic museum collections, looking for artistic responses to the Holocaust.  Our questions quickly multiplied: How are these objects treated today? What are their biographies? What do they actually depict? What emotions surround them? The research, which began in 2016 in Poland and Germany, involved investigation of institutional and private collections (those of Ludwig Zimmerer, Marian Pokropek, Leszek Macak, Walter Graetz, Louis Galinski, and others), interviews with artists (including Roman Śledź from Malinówek near Lublin, Jarosław Furgałą from Brzeg, Włodzimierz Naumiuk fromKaniuki, Jan Kowalczyk from Koszalin) and their descendents, and conversations with collectors and their caretakers, as well as exhibition curators. The research was carried out by the curators of the present exhibit: Erica Lehrer, Roma Sendyka, WojciechWilczyk, Magdalena Zych.

The project is part of the research project Transmitting Contentious Cultural Heritages with the Arts: From Intervention to Co-Production: TRACES (2016–2019). Implemented as part of the European Commission Horizon 2020 Reflective Society program, its purpose is to interpret contentious heritage. The experimental research carried out by the TRACES team involves building multilateral collaborations among the academy, museums, and artists.

Individuals who gave access to their collections for research and exhibition preparation, and institutions that loaned objects for the exhibition.

The project was carried out under the auspices of the Faculty of Polish Studies of the Jagiellonian University, Center for Research on Memory Cultures. 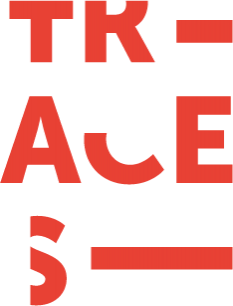