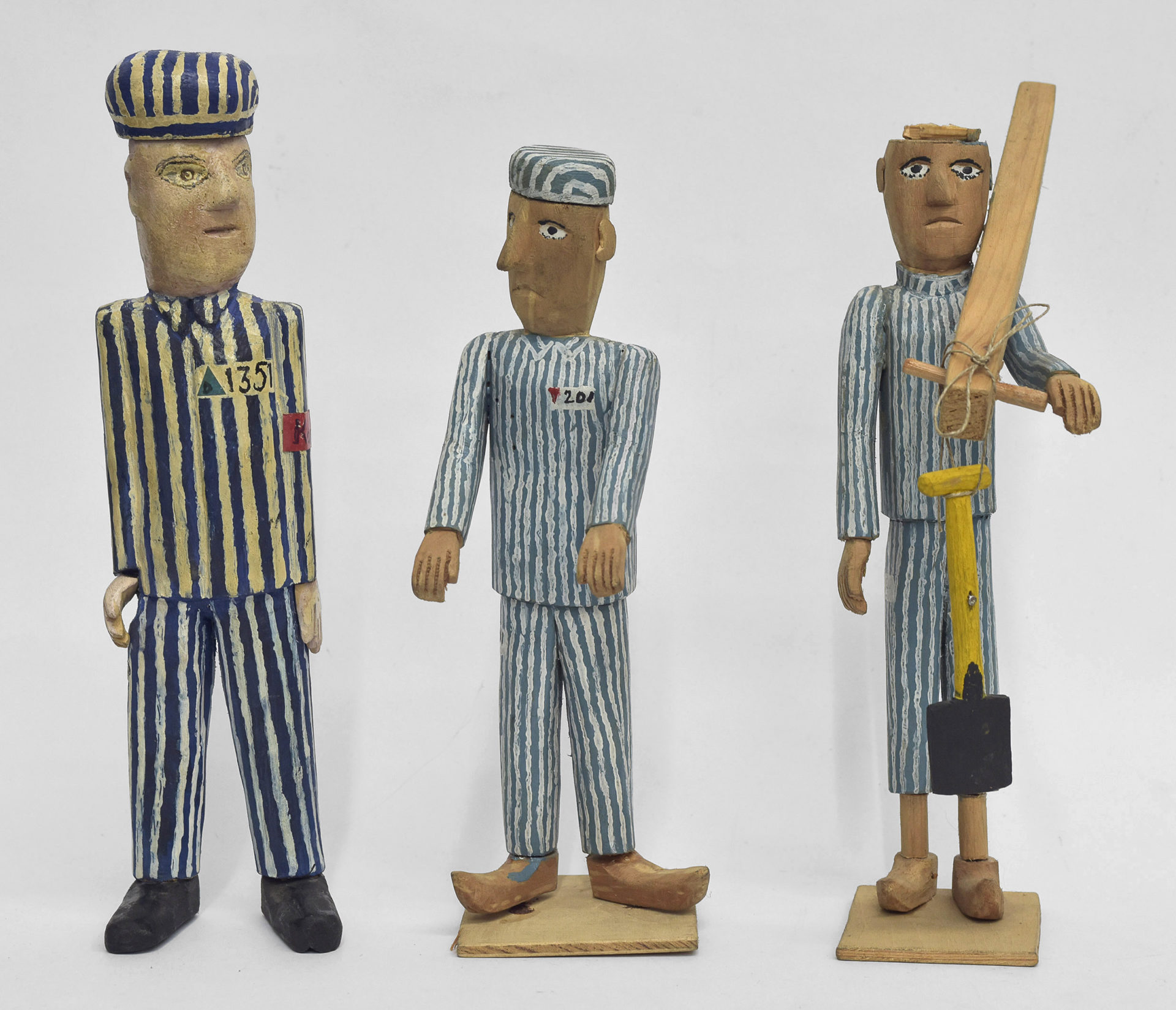 Franciszek Skocz born in 1908 in Bochotnica, Lublin region. Carver, gravedigger, and farmer. He later lived in Kazimierz Dolny. In 1939 he took part in the battle against the German invasion. Arrested on November 18th and interned in Auschwitz, in 1945 he was relocated to the Neuengamme camp in Hamburg. After the war he lived in Pyrzyce, near Szczecin, in northern Poland. He died in 2000.

Banishment of the Jews on June 25th. 1943
Untitled