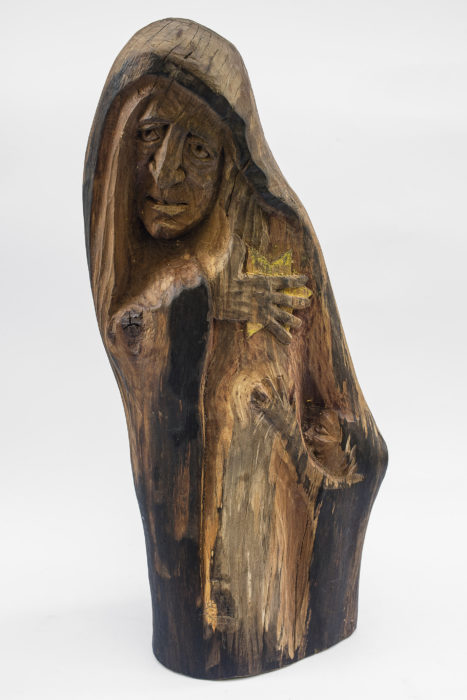 Jewish Woman during the Occupation

collection of the artist

Włodzimierz Naumiuk born in 1935 to a family of Belorussian origin. His parents died during World War II; his father was murdered in a round-up in 1944 in revenge for the death of a German, and his mother died a year later. Lives in Kaniuki in the Podlasiu region. Despite numerous offers, the artist has declined to sell this sculpture.

“I remember those Jews, they were scared, their eyes were so big.”

Death of the Dentist
Gas